Learn how virtual reality is changing the game for virtual events 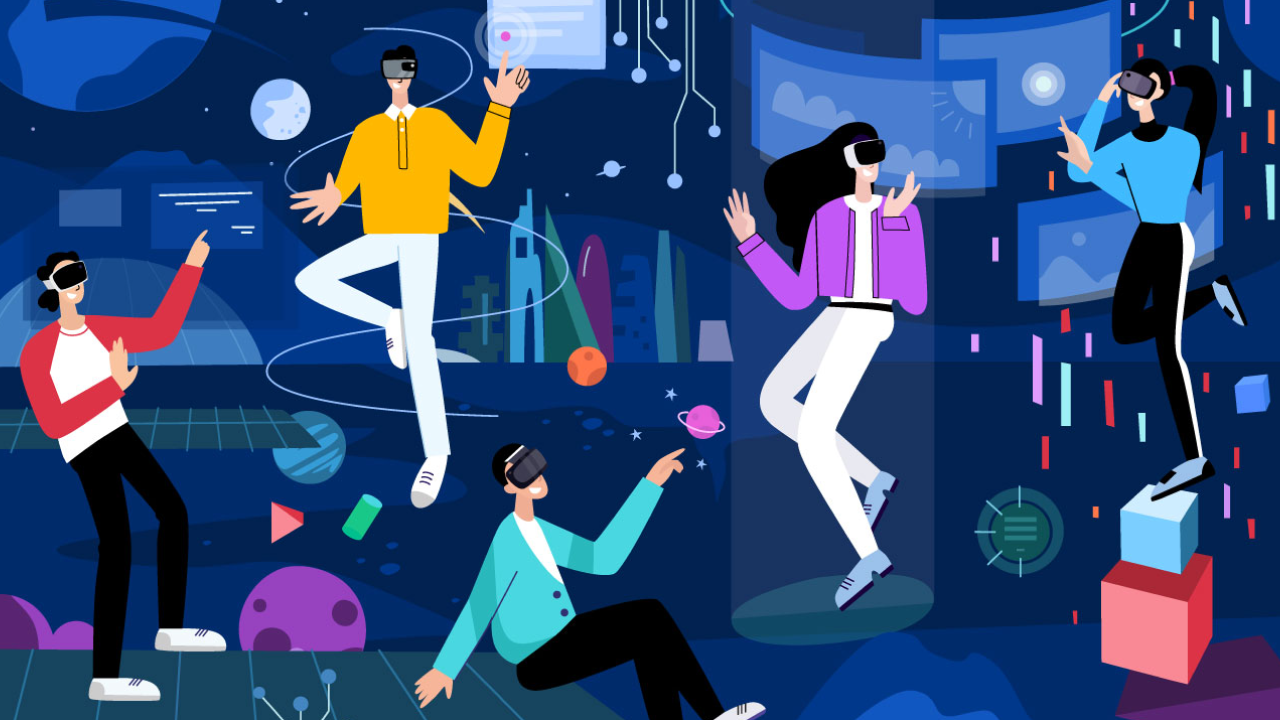 When global superstar Marshmello was invited to headline at the UEFA Champions League 2021 final Opening Ceremony, the DJ hitmaker wanted to give the 380 million fans watching, a show the likeness of which they had never seen before; and so he turned to virtual reality (VR).

From VFX and game engine technology to 3D cameras and real-time virtual production, Marshmello’s  6-minute VR set was designed to “bend reality” - and it did. Fans looked on as a giant Marshmello walked through the streets of Europe’s capitals and danced with an army of fellow Marshmellos; he played guitar while fireworks went off behind him, and raised the volume as the stadium filled up with water.

It was an electrifying virtual event experience. ‍

‍
Marshmello’s incredible performance is just one of the many ways in which the events industry has embraced the transformational potential of virtual reality—and rightly so. VR offers a remarkably sensory experience to boost engagement and entertainment for any event. It can attract greater participation and deliver better experiences than a presentation or discussion.

VR at virtual events: what you can do

Ever since Facebook’s acquisition of Oculus VR, some of the biggest names in tech, such as Google and Samsung, have already entered the VR tech market. So, this futuristic technology is becoming increasingly accessible for the events industry.

Brands and event organizers worldwide are already creatively using VR technology to supercharge their virtual events. Let’s look at how you can too.

In a world where businesses aspire to focus more on showing than telling, VR is the perfect tool for organizers to create immersive and educational experiences for attendees. Instead of keynote pontifications and dull powerpoint presentations, organizers can easily bring a subject alive through a VR experience. For instance, learning about a new and innovative piece of medical equipment is so much more impactful if you can ‘watch’ it being used in surgery rather than just hear it being described.

That’s precisely what AltSpace achieved through its VR-powered conference, vMed20. Participants could attend this conference virtually through the organizer’s free VR social tool, AltSpace—to learn about the multiple use cases of VR in the healthcare industry; an excellent demonstration of  the game-changing potential of immersive technology in the healthcare sector

For marketing—product launches and demos

A basic presentation will no longer cut the bill when you’re launching a new product and want to keep your audience hooked and wowed. Showing off your products at a virtual event can be best accomplished with VR technology that lets your attendees appreciate it from 360 degrees.

And that’s exactly what OnePlus pulled off with its  first-ever VR product launch.Speaking about the decision to use VR,  Carl Pei, Co-Founder of OnePlus said “ In our industry, product launches tend to be the same. An auditorium, a keynote, and a seated audience. For the OnePlus 2 launch, we didn’t want that barrier between us and you; we wanted to invite you into our world, because you’re a major part of it. That is why we decided to unveil the OnePlus 2 to the world completely in VR.”

To this end, the event was shot entirely with 360° filming technology ahead of launch. In it, users were welcomed into the  OnePlus office, leading to the unveiling of the product. Attendees could tour the office, meet the team and other fans. On the day of the launch, fans were able to watch the launch on their Android app or on Youtube. Those using the app were able to see detailed specifications of the new smartphone and interact with its features.

And it’s clear that the strategy paid off with 45,000+ concurrent viewers in 170 countries tuning in during the launch, and the VR event racking up 750,000+ views in the first 24 hours.

For entertainment—live games and concerts

For the entertainment industry, VR offers organizers a way to replicate the excitement and energy of in-person events at a virtual one. Putting on a headset can transport the wearer to the front row of a musical festival - an experience that you can’t really get from watching a Youtube video for instance.

A great example of this in action is  FOX Sports VR-powered broadcasts of NBA games. Attendees wearing Oculus headsets can experience the thrill of watching basketball greats live in action.

Halestorm’s virtual reality concert is another great example of how the entertainment industry is adopting this technology.

For charity—fundraisers and charity events

VR lets non-profit organizers bring their causes to life. Through 360-degree video, donors can step into the shoes of those who need their aid.  It’s a form of emotional storytelling that can prompt a donor to make a financial contribution more than powerpoint presentations and data can do.

The Royal Trinity Hospice, for instance, created a VR video tour that takes viewers through the entire grounds of the hospice, and highlights its services. Through this, potential donors can understand the impact their aid will have. This movie is displayed in several of the organization’s virtual events, including its annual celebrations and fairs.

As can be seen, VR has played a significant role in virtual events across industries, but some organizers are still hesitant in embracing this innovative technology for their events. Here’s how to tackle some of the challenges that come with VR. ‍

Keeping costs low: While the tech required to produce VR and for your fans to access your videos can seem daunting, the good news is that VR technology keeps getting better, and less expensive. Facebook’s Oculus Quest 2 headset at $299 has already significantly lowered the entry price point for VR devices. And with a $15 price tag, Google Cardboard allows users to experience VR with just a smartphone‍

Accessible to everyone: VR technology does provide a way for audiences to access new experiences, but it still has a long way to go in terms of accessibility. This high-powered technology is not feasible for users living in low connectivity areas. But this is easily addressed by partnering with venues that have the requisite bandwidth and power, or opting to use more accessible technology like smartphones.‍

Sharing is caring: Unlike the universe of ‘Ready, Player One’, at the moment, users cannot enter virtual reality with anyone else - for the moment atleast. But, if you have the budget, you can create group VR experiences. When Jaguar launched its electric I-PACE concept car for instance, it was through a  shared virtual reality experience. Groups of attendees sat together at round tables, wearing their helmets to take a virtual ride in the driver’s seat. They could see the hand controllers of attendees to their right and left, and hear the comments and reactions of everyone else, contributing to the group experience feeling.

Like any technology, VR continues to change and evolve, and so organizers using the tech need to be as equally avant-garde in their creativity in its use. While the brands and the events they held can serve as inspiration, be sure to think about how you can use it to further the goals of your event.

Fantastic virtual conferences and where to find them
Why asynchronous communication will save your virtual event
The secret to creating introvert-friendly virtual events for a higher ROI
5 ways to determine which event platform is right for you
Track virtual event success with this in-depth guide to event strategy
Are your events digitally secure?
The top 5 reasons to use virtual events in 2022
7 ways to achieve fundraising goals & raise money at a virtual event
Learn how virtual reality is changing the game for virtual events
Networking not working? Use these 6 ideas to connect virtual event attendees
The future of events: everything you should already know
5 ways to drive more value for your hybrid event sponsors
How to be an eco-friendly event planner
10 unique and fun ideas for your virtual holiday party
Why NFTs are a gamechanger for hybrid and virtual events
How to avoid complaints from virtual events attendees?
Planning a virtual event? Follow this checklist of mistakes to avoid
10 virtual post-event survey questions: find out what your audience thinks
Solve 6 key problems of most online events with Zuddl
4 virtual wellness activities for remote teams
AI-powered match making helps you drive meaningful, smart networking sessions
A message from our CEO: Building the future of enterprise events
Virtual event tools: how to make your events more efficient
How are virtual events transforming in-person events?
8 ways to get more attendees to your virtual events + boost engagement
Virtual event industry trends: what you should already know
A brand new collaboration - Zuddl x Taggbox
Here's how virtual events can help with brand marketing
Virtual event analytics: how to use data to drive leads and sales
5 must-have integrations for your virtual and hybrid events
A guide to making events more inclusive and accessible
Is ROI a trap? Here's how to calculate the impact of your next virtual event
Help! How can I boost attendee engagement at a hybrid event?
9 best team building activities to unite your virtual or hybrid workforce
10 videos that teach you how to be a better speaker in 2022
6 steps: host your next virtual summit and make a lasting impression
6 most important factors for choosing a venue for any hybrid event
The 4 types of people you'll meet at virtual events
What would Super Mario do? Virtual and hybrid event engagement made easy with gamification
Which 4 industries benefit most from holding virtual events
Virtual event organizers, here are the 4 new key skills you need to know
Keeping burnout at bay: 4 strategies to drive better attendee engagement
A guide for choosing a virtual event platform: 10 things to consider
12 virtual events that will inspire you for your upcoming event
6 ways to support, engage and motivate remote teams with virtual platforms
How to improve the ROI of your next virtual or hybrid event
9 strategies to increase attendee engagement during virtual events
9 popular hybrid events to inspire your next event
Design your own virtual or hybrid retreat to build trust & connection
Six challenges faced by virtual event organizers

Get fresh ideas, actionable insights and expert guidance for your hybrid and virtual events delivered directly to your inbox! 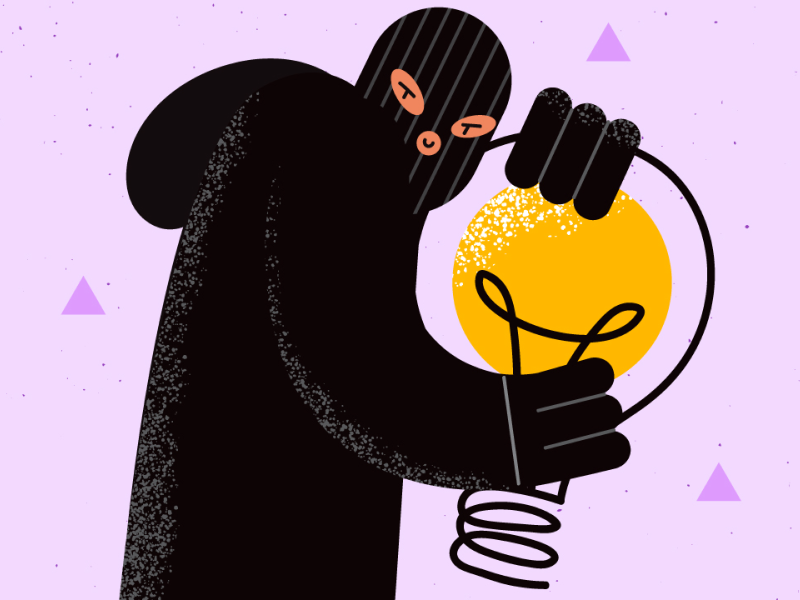 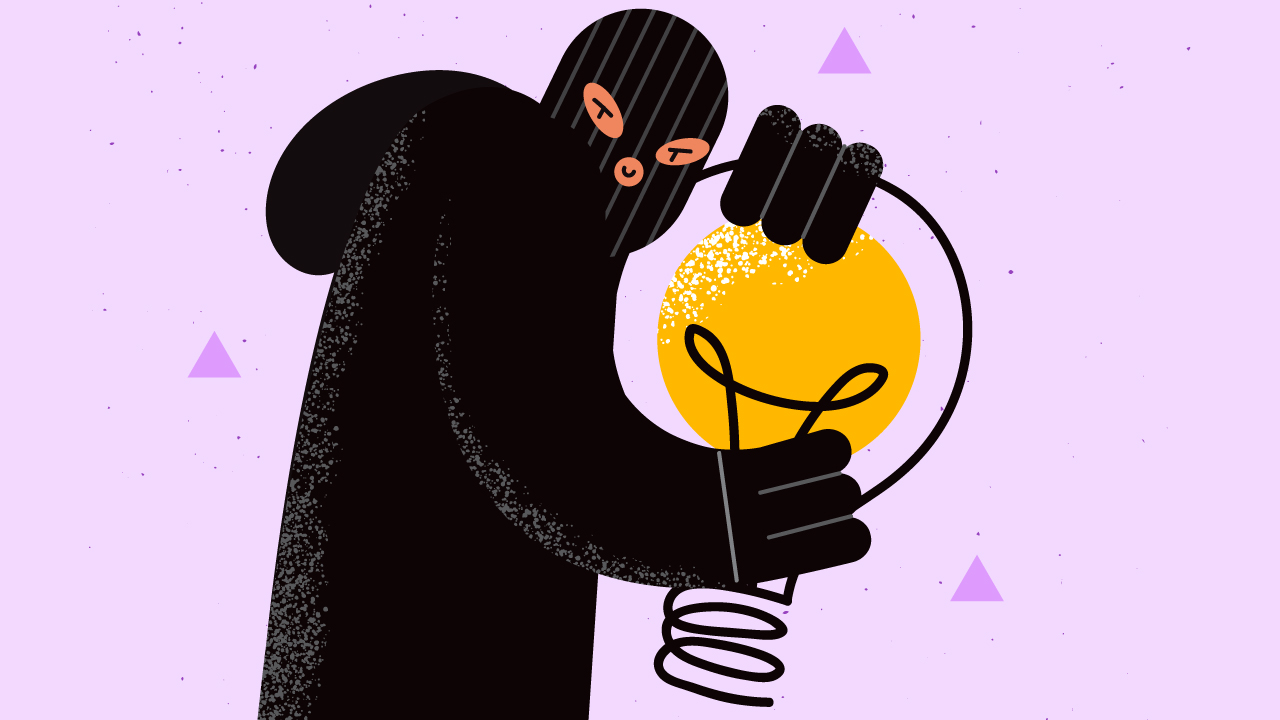 Are your events digitally secure?

It's clear that digital events are here to stay, either as a completely virtual one or as part of a hybrid event. With companies hosting and sharing a lot of information on such events, one of the important factors that marketers must take note of is the level of digital security of the event platform. This post can serve as a reality check on the present state of a company's events and also suggest improvements to fortify security. 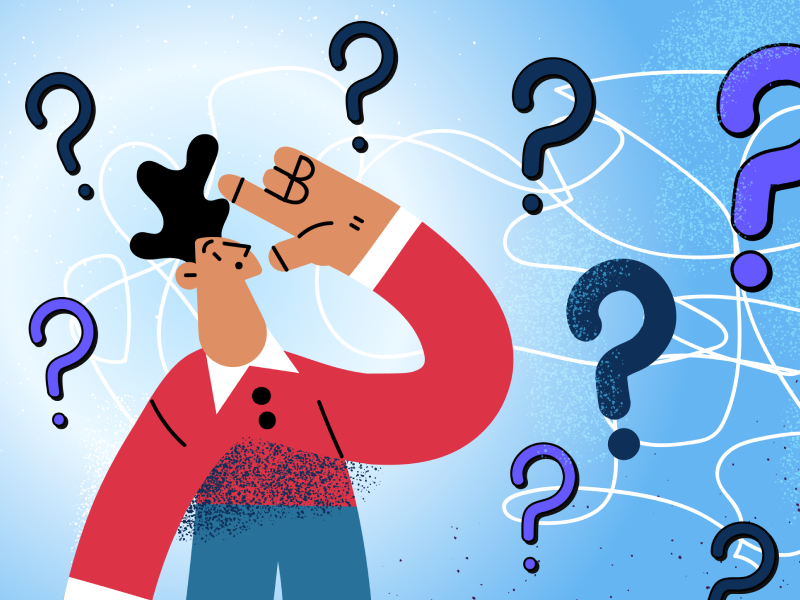 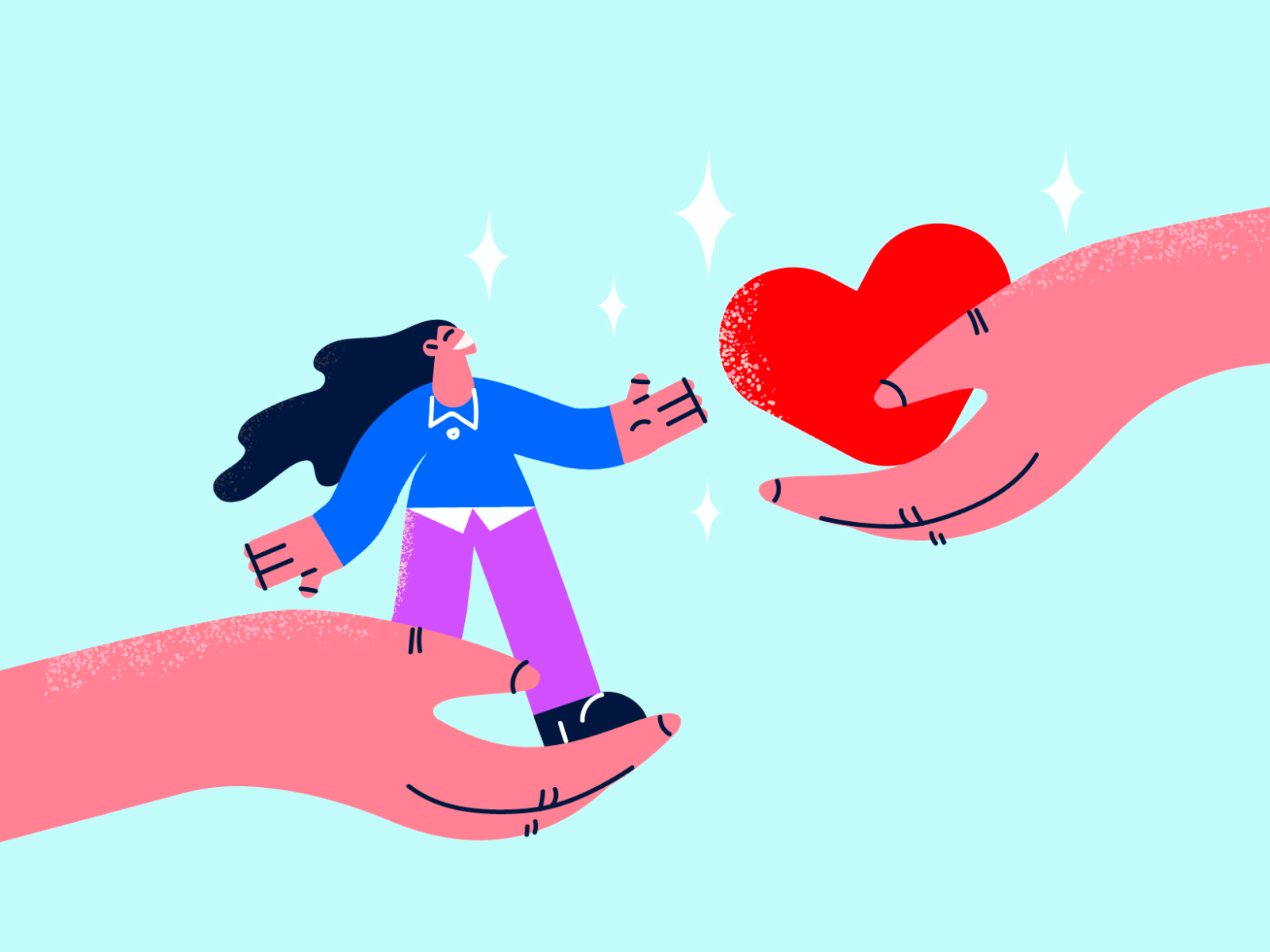 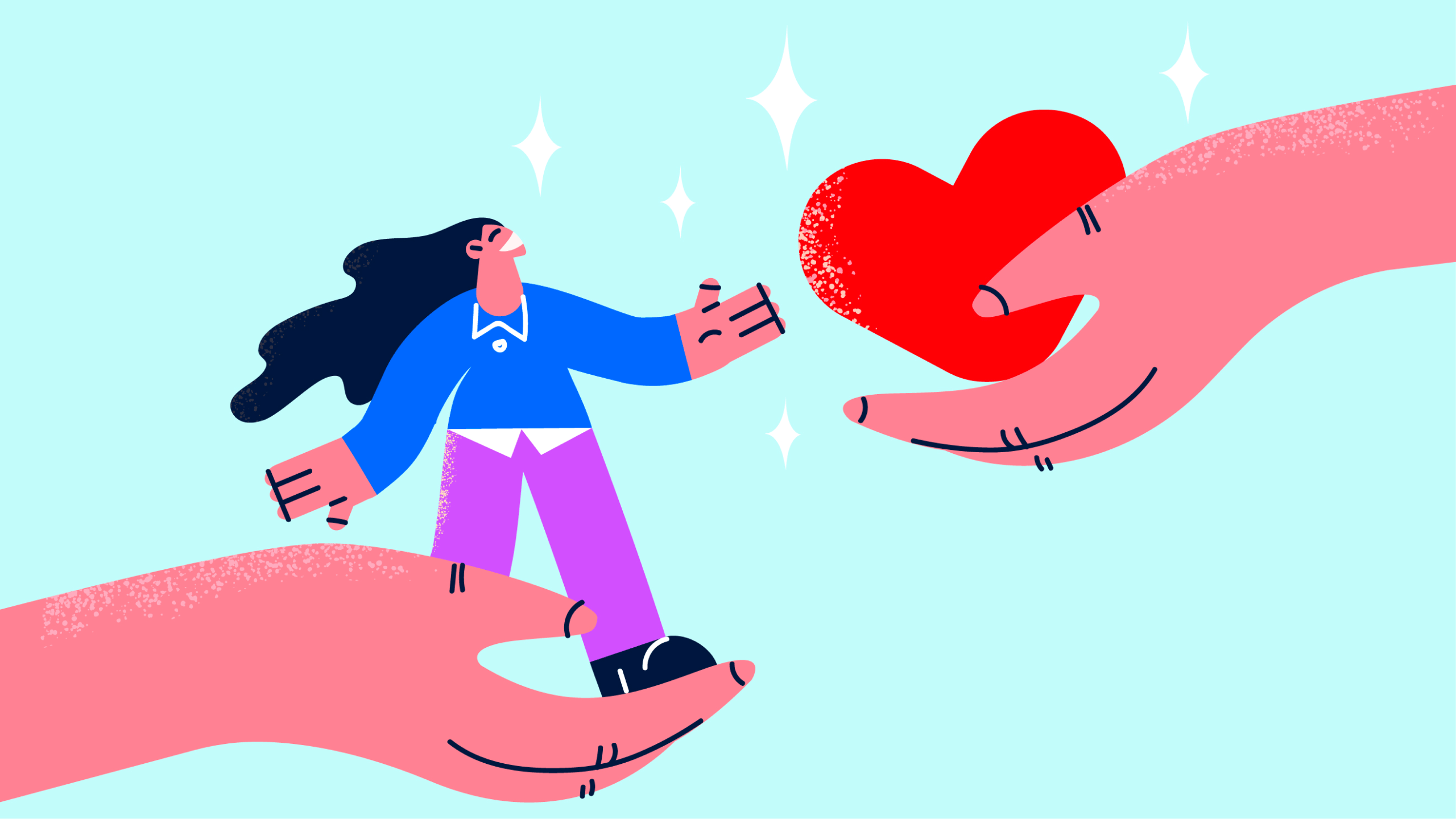 A quick look at some ways that HR teams can use online events to boost mental health for their remote workforces.

Choose Zuddl for your event needs.